Simon Mckeown is an award-winning internationally exhibiting artist renowned for his work which touches on and considers disability as well as our digital futures.

He exhibits internationally and his works, including Motion Disabled, has been shown as far afield as the Smithsonian International Gallery in the USA, The DOX Centre for Contemporary Art in Prague, Czech Republic, GAK in Kosovo along with galleries in Australia, Norway, America, South America, the UK, along with the Deutsches Hygiene-Museum in Dresden, Germany. In 2018 he exhibited at the UK Government led Great Exhibition of the North in an exhibition entitled This Way North, which also featured the work of Damien Hirst and David Hockney. In 2010 he was named DaDaFest International Artist of the Year following the simultaneous showing of his work in 17 countries.

Mckeown created the large scale outdoor video projections for the 2012 Prometheus Awakes production for GDIF and SIRF which also involved London’s Graeae Theatre and the international outdoor theatre company La Fura dels Baus from Barcelona. As an outdoor specialist, he then completed his massive outdoor event entitled Cork Ignite (2015) supported by the Arts Council of Ireland and Cork City Council with partners National Sculpture Factory and Create Ireland. The project represented a culmination of many of his research interests including, large scale complex outdoor projection, theatrical works, soundscapes, and collaboration with disabled artists. It was premiered in Cork to an audience of around 7000-10,000.

Following this work, he produced Trace Elements for FACT in Liverpool in 2016 working collaboratively with veterans. Working in St Helens with the collaborative agency Heart of Glass and disability organisation Buzz Hub, he created the large scale outdoor event entitled We Are Still Here which premiered in December 2018 supporting City Council and its 150-year celebrations.

His work Preserved Memories, commented on the future dystopian use of technology and was exhibited at DOX and featured internationally in the media, including the UK's Daily Telegraph and Daily Mail and in Ireland on NewsTalk Radio in Ireland as well as Radio in the UK.

As part of the UK's 14-18-Now WW1  centenary commemorations, Mckeown was commissioned to create a motion-captured work entitled Ghosts which was showcased on Channel Four 4OD as well as at the Unlimited Festival at the London South Bank Centre and at the Edinburgh Fringe Festival. A further short work, entitled All for Claire became part of the BFI's collection in 2019.

Motion Disabled: Unlimited, a London 2012 Festival project, has been shown nationally including at the South Bank Centre in London, Olympic Torch and Paralympic Torch events across the UK, as well as in galleries such as 20-21 Visual Arts Centre in North Lincolnshire and MIMA, Middlesbrough Institute for Modern Art. Motion Disabled: Unlimited's has been a great success and is still touring at various indoor and outdoor locations globally.

Mckeown holds a PHD and is a Reader (semi professor) in the Middlesbrough Institute of Modern Art (MIMA) School of Art and Design, at Teesside University. He is a member of the Arts and Humanities Research Council Peer Review College and also a member of the External Advisory Group on Equality Diversity and Inclusion to the UK Governments UK Research and Innovation (UKRI). Separately he is an academic member of the Steering Group for the Diversity in Antarctic Science Initiative (DiASI) - an initiative of the British Antarctic Survey (BAS) and The Foreign and Commonwealth Office (FCO).

Working regionally Simon was an academic member of 'Creative Fuse North East' funded by the EU, AHRC and ACE, a project which sought to unlock the potential of the creative, digital and tech sectors to drive innovation and growth of the region’s economy. Additionally, he is a trustee and director of the arts charity, Platform Arts, which is based in central Middlesbrough. He has previously been a trustee of the Brittle Bone Society charity and the learning disabled theatre company, Mind the Gap.

Mckeown is deafened and has Osteogenesis Imperfecta (Brittle Bones) and has had around 140 breaks in his lifetime. 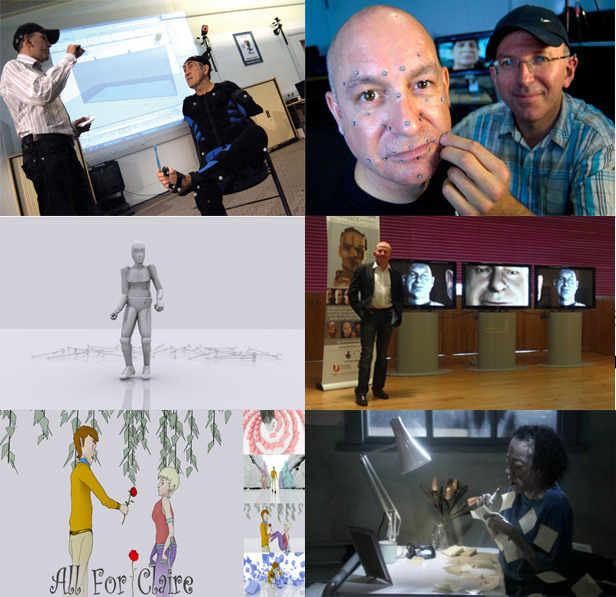